Controlling Maine’s energy future
An agency that can borrow money at the lowest rate is what our state needs to move away from fossil fuels. 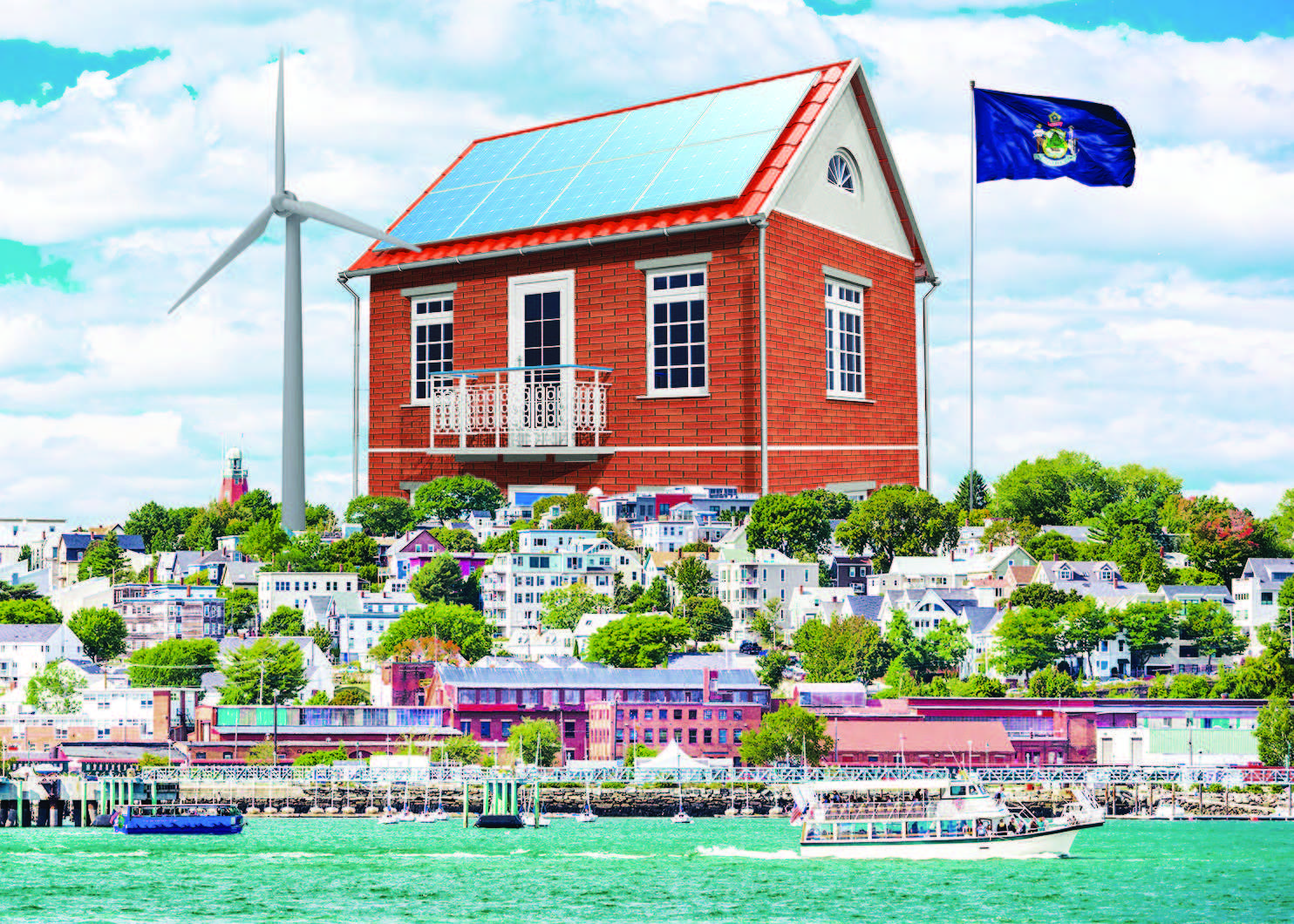 Maine’s Climate Action Plan identifies a number of strategies that can reduce our state’s carbon emissions across all sectors of the economy. They are all important, but the most important – the sine qua non – to achieve a carbon-free economy is the conversion of our transportation, heating and process sectors to electricity and the simultaneous development of renewable generation to meet all our energy requirements.

I believe that the best path to accomplish this is a path one that does not impose excessive costs on Maine businesses and residents. This path begins with the establishment of a Maine Generation Authority.

Maine has done well when we have had cheap energy – when we harnessed our rivers to power our mills and generate our   electricity; when we used our forests to build ships powered by the wind and to heat our homes.

We have fared less well when we have had to import our energy at a cost premium above what our competitors pay.

Further, when that cost premium has become very high, as it did after the oil embargoes in the 1970s or post-Hurricane Katrina in 2005, when gasoline and heating oil soared to $4 a gallon, Maine people and its economy have suffered terribly. We cannot impose this same level of economic hardship on Maine businesses and residents as we undertake the conversion of our economy from one based on fossil fuels to one free of carbon to address climate change and global warming. Any   path to a zero-carbon future that pits the economic well-being of Maine residents and businesses against the environment will fail. The path must be a “smart” path – one that recognizes the fundamentally different cost structure to produce and deliver energy that comes with the shift from fossil fuels to renewable energy.

Our current energy sources – coal, oil, propane, natural gas and wood – are all fuels that are burned to produce energy.

Therefore, the price of the energy they produce depends directly on the cost of the fuel consumed.

The less expensive the fuel, the cheaper the energy generated.

The imperative to eliminate carbon in our economy through beneficial electrification and deep decarbonization of electricity generation imposes different costs. The most important aspect of the conversion of our economy from one based on fossil fuels to one based on zero-carbon renewable energy is the very different cost structure of the technologies used to provide this type of energy – solar, on-shore and off-shore wind, hydro, geothermal, tidal. In engineering terms, fossil fuels consumed to produce each unit of energy in the old technologies are replaced by the installation of plant and equipment; in economic terms, variable costs are replaced by fixed costs; in accounting terms, operating costs are replaced by investment.

My own work puts numbers to this substitution of investment capital for fuel costs for Maine. (See “A New Policy Direction for Maine: A Pathway to a Zero-Carbon Economy by 2050” on the Competitive Energy Systems website.) Today, roughly 80 percent of the $5 billion Maine businesses and residents spend annually for energy is for fuel. For Maine to eliminate all fossil fuels by 2050, we will need to make capital investments over the next 30 years of roughly $45 billion in new wind, solar and battery storage projects plus an additional $10 billion to expand the electric transmission and distribution grid. As we undertake this transformation, our focus will shift from concern over the prices of heating oil, natural gas, gasoline and cord wood to what it costs to finance this extraordinary level of investment – the cost of capital.

This is why I have proposed the creation of the Maine Generation Authority to finance the development of the hundreds of new generation projects we will need to decarbonize our energy sector and our economy. Others have proposed, and I support, the creation of the Maine Power Delivery Authority to finance the expansion of our state’s electric grid to accommodate the electrification of our cars, trucks and buses, the heating of our homes and businesses and our commercial and industrial processes.

Maine needs access to the least expensive source of capital available to pay for the billions of dollars in new generation, storage and electric grid plant and equipment to decarbonize our economy. This is a familiar concept to most of us. The $350,000 home we might want in Gorham may not be affordable when the 30-year mortgage rate is 7 percent, but if the rate falls to 3 percent, it may become so.

The same is true for financing the conversion described above. If Maine can finance the transition using 3 percent money, I show that the conversion is affordable. Specifically, I show that Mainers will spend roughly 10 percent of their annual incomes on energy each year during the 30-year transition to a zero-carbon economy by 2050. This is roughly the same amount we spend today. At the 8 percent rate or higher we pay a utility or private-sector developers to invest their capital, the conversion to a zero-carbon economy will more than double the amount of money Mainers would need to spend annually for energy, making the conversion far too expensive to impose on Maine people and businesses.

For many of us, devoting 10 percent of our incomes to energy is challenging; devoting 20 percent or more is simply untenable.

Fortunately, the search for cheap capital won’t take us to the deserts of the Middle East or the tar sands of Canada. We need look no further than the Maine Turnpike Authority for a model to secure low-cost capital. The Turnpike Authority and other authorities like it around the country issue billions of dollars of revenue bonds each year at interest rates below 3 percent. These bonds are secured by the revenues of the authority; they are not obligations of the government or taxpayers.And they have been used successfully for more than a century to finance the development of much of our country’s public infrastructure.

The central thesis of energy expert and economic historian Daniel Yergin’s tour de force, “The Prize,” is that the history and geopolitics of the world during the 20th century is best explained as a continuing struggle among nations to secure cheap supplies of oil. The climate imperative places a premium on a different “prize” – access to cheap capital. The creation of the Maine Generation Authority will provide this access. This authority will put Maine on a “smart” path to converting our energy sector and decarbonizing our economy – a path we can afford.

— Special to the Telegram

Richard Silkman, Ph.D., of Scarborough is a former director of the Maine State Planning Office and CEO of Competitive Energy Systems, an energy consulting firm based in Portland.